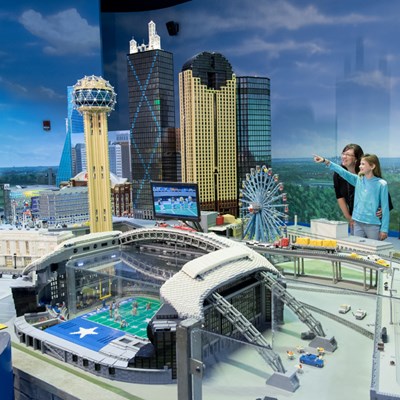 Dallas/ Fort Worth Made Into LEGO Bricks with MINILAND®!

Sneak a peek at our spectacular MINILAND. It's built from A LOT of bricks: over 1.5 million!

Explore and play with the interactive city; see airships swoop and towers glow as the little land changes from day to night. Our mischievous Minifigures love hiding in MINILAND – who will you spot? Check out some cool facts about some of the places you'll see during your visit:

Closed for the Season