Adult Nights Are Back and Even More Legotastic!

Explore LEGOLAND Discovery Center with your friends and compete in a series of LEGO challenges to win awesome prizes. 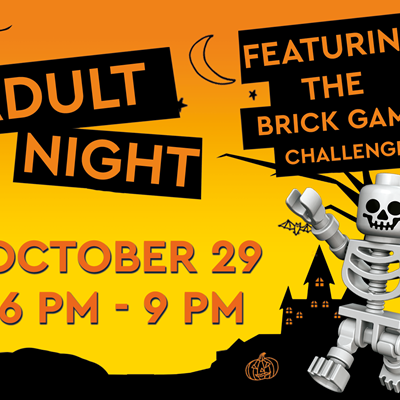 Adult Nights are Back! Spooky Fun Awaits on October 29!

Join us for a night of bricktastic fun as Adult Nights return to LEGOLAND® Discovery Center Westchester.

We're happy to announce that our next Adult Night will be hosted on Friday, October 29th from 6 PM - 9 PM!  Prepare for some spooky-cool fun, with a high-stakes series of timed build challenges, a frightening build competition, Halloween Trivia, costume contest and so much more!