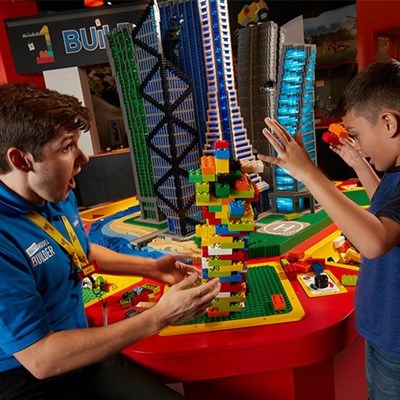 Build the Tallest Tower and Watch it Shake

Ever tried to build the tallest tower imaginable from LEGO bricks? YES! Have you tested the strength of your tower when an earthquake suddenly rattles the earth? NO! Test your building skills today at the earthquake table!