10 Indoor Playgrounds Your Kids Will Go Bonkers For

We all know the 'mitten state' is the BEST because of its natural features like the Great Lakes and four beautiful seasons! But, our unpredictable weather can make planning family outings and play dates difficult...

So, we put together this list of our favorite indoor playgrounds in Michigan so you and your little ones can have BRICK-loads of fun when mother nature isn't cooperating! 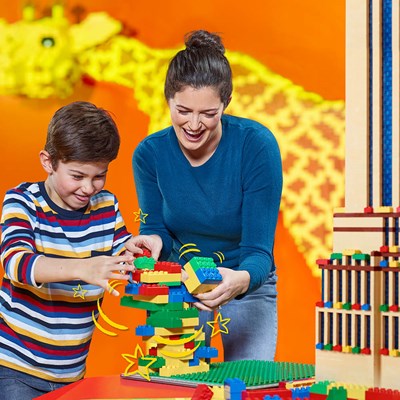 At Michigan's ultimate indoor LEGO playground, you'll see dozens of Detroit-area landmarks built entirely out of LEGO bricks, save the day on two interactive LEGO-themed rides, then get hands-on in the build and play areas!

But, the fun doesn't stop there... You'll get mixed up in the action inside the 4D LEGO Cinema, depart on a deep-sea adventure in Underwater Quest and learn some top tips from an expert builder in the Creative Workshop, too. 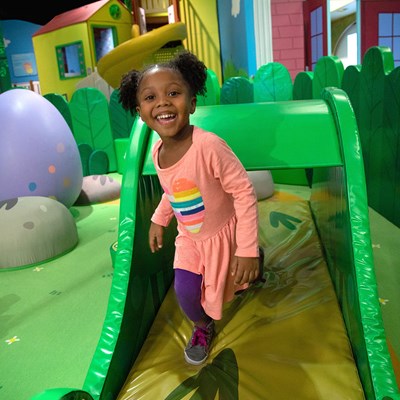 You and your little piggies will enjoy exploring (and playing in!) more than a dozen free-roaming play areas, all lovingly inspired by the cherished TV series.

Some of our favorite zones are Peppa's Treehouse, Granddad Dog's Garage & George's Fort!

Fort Clarkston is a family entertainment center that offers safe and clean children's indoor recreation and a place to host family parties. Their play structure is jam-packed with slides, obstacles, a zip line and more! For littler ones, you can feel safe while they play in the enclosed "Cub Cove" which includes a smaller version of the big play structure and a variety of age-appropriate toys.

If you and your kiddos need a break from shopping at Great Lakes Crossing Outlets, stop by the Michigan-themed play area located in the middle of the food court between Districts 6 and 7. Take a rest while you sit on nearby benches and watch as your little ones burn some energy in this brand new play area!

8044 North Middlebelt Road, Westland, MI, 48185  |  Website
Yoyo's Fun Center has many play areas including jungle gyms, trampolines, ball pits, and mini rock climbing. They specialize in having fun by keeping active. If you need a break from all the physical activity, they also have a small cafe with food and a pottery painting room!

9. Under the Sea Playground

78 W Maple Rd, Troy, MI 48084  |  Website
This underwater themed playscape is a cute place to run around! They have a large play structure for older kids and a separate area for littler adventurers.